How a professional locksmith does online marketing

Seemingly every company has been there or gone through it. What is it? “IT” refers to the transition of business from the Yellow Pages to th 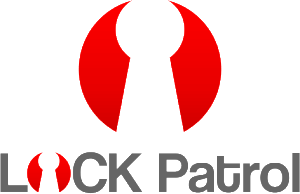 e Internet. Lock Patrol, a Kirkland Locksmith, went through the very same dilemma of how to market differently. Lock Patrol had been taking out ads in the books for years and it was effective. They were a great company with a great client base and had a lot of phone calls coming in every day. BUT, slowly over time, their phone began to ring less and less. The same ads were in the same books, but the results were changing. The phone calls were not coming.

The search for a perfect online marketing firm

After an extensive search, Steve narrowed his choice down to the top 18 online marketing companies in the Bellevue and Kirkland areas. He began to interview each company over the phone. He crossed one-off here and another off there. Little by little, he was whistling his way to a decision. To Steve, this would be a crucial decision as he planned on working with his marketing choice for the foreseeable future.

Soon the first phase was complete and a select few received a follow-up interview and examination in person. Again he began sculpting the field down as he interviewed. Soon Steve would have the perfect Internet Marketing Firm.

Enter into the picture Ascend Marketing and Consulting of Woodinville. Ascend had a great search presence as they ranked very high for the key terms Steve thought would be important for an Online Marketing Company to rank for. After the second interview, Steve didn’t want to look any further; he had found his internet marketing company to work with.

The first step was to get a state-of-the-art logo and website set up and have extensive keyword research done in order to create the proper web content; this was done by Ascend Marketing. Ascend later began to create and optimize pages of the website for the terms designated by the keyword research. Today Lock Patrol ranks for hundreds of keywords related to locksmiths in the greater Seattle and Bellevue areas.

As the leads and phone calls began to come in Steve realized he made the right choice in hiring Ascend. For a similar experience click on the Ascend Logo!

For the Best locksmith Kirkland in town call Steve!